A few words about Paula 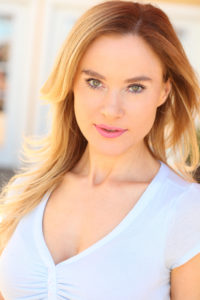 On July 6th in a small town in Portugal, Paula Maria Esteves Labaredas was born in her grandma’s home. She is the middle child of three girls.

Paula was brought up Catholic, and her mom wanted all her girls to become nuns. At the age of 2, Paula’s family migrated to America in hopes of finding “The American Dream”. On the way to America, Paula’s life was almost cut short. The American dream did not seem so great to her parents anymore, when they thought they lost their child. On the plane, Paula started hyperventilating. She then fell unconscious and stopped breathing. She was pronounced dead by a doctor on board, but luckily a few moments later she revived. The Labaredas family set up their home in Bridgeport, Connecticut, where her father worked as a construction worker, and her mother a seamstress in factories. Being from the old country, her father once built a wine cellar from scratch, and her mother often made clothes for Paula and her sisters. Paula attended inner city schools, and throughout grammar school was a member of the chorus, which held yearly school productions.

Paula was very shy. She grew up in a strict, disciplined household, which caused her to feel locked up and suffocated. As a result, she used television and her imagination as an escape. At the age of 16 she started working as a waitress and was able to save enough money and attend college. There she had courage to overcome her shyness by discovering and falling in love with acting. She knew she wanted to perform the rest of her life.

Against her family’s wishes (where leaving home before marriage goes against the cultural grain), Paula made the move to NYC, to pursue her acting career. Within the 1st year she found it financially, emotionally, and physically difficult…moving eight times, sleeping on friends’ floors, basically living out of her suitcase, yet she continued on her acting journey, booking jobs in soap operas, independent films, web series & off broadway plays, which eventually led her to Los Angeles.

Paula’s intense passion, tenacity & persistence keeps her on the road to continued success. She wants to excel in her work, and be one of the best in the film industry.

Paula’s pure heart shines through her work, which is evident in her poems, her paintings, and her charity work. Paula has also produced numerous shorts, web series & co-produced two features through her production company Lucky Tiger Films. She has been a vegetarian for over 10 years, is spiritual, loves to work out, loves to dance, and loves to spend her free time with her family.

Portuguese American beauty Paula Labaredas started her career on a very promising note by winning her very first acting award, the “Shining Star Award.” She then hit the big apple (NYC) landing a starring role as a series regular in an international soap opera, “Mausum”. She has had the honor of working with legendary actor Al Pacino and the renowned producer/director Roger Corman. As a correspondent, Paula’s charm, versatility, and doer attitude has given her the opportunity to interview such greats as James Cameron, Morgan Freeman, Patrick Stewart, Buzz Aldrin and Jim Lovell among others.

A model and an internet sensation, Paula’s modeling pics continuously go viral. She reached 9000 followers, within two weeks, on Instagram. Paula was recognized by AOL news as Euro 2012’s main attraction and seen by Joblo.com as having won the SDDC award for her cosplay modeling. Paula has been featured on blogs of Sports Illustrated, Portugal’s Playboy, Aol News, Radar Online, NY Post, Huffington Post, Nasdaq, Aol News, Radar online, and Daily Star, as well as many others. Paula’s image has also graced the pages of Hod Rods, Car Craft, Femme Fatales, CFQ, the cover of Cupcake Magazine, We Rise Mag & numerous newspapers.